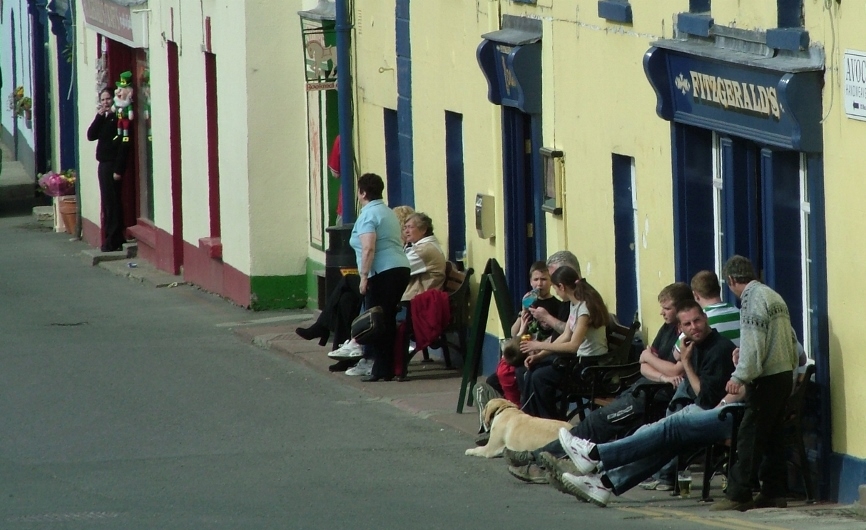 Ballykissangel was a BBC television drama set in Wicklow, Ireland, produced by BBC Northern Ireland. It was filmed in the pretty village of Avoca. The village of Avoca is a popular visitor attraction for those staying at Aughavannagh Cottage and is near the famous 'Meeting of The Waters'

Ballykissangel starred amongst others Dervla Kirwan, Stephen Tompkinson, Tony Doyle and Colin Farrell. The original story revolved around a young English priest as he became part of a rural community in County Wicklow. It ran for six series, which were first broadcast on BBC One in Britain from 1996 to 2001. It aired in the Republic of Ireland on RTE One and in Australia on ABC TV between 1996 and 2001. Reruns currently air on  ITV3 in Britain and in the United States on some PBS affiliates. If your considering a holiday cottage near Avoca it's about a 30 minutes from Aughavannagh to Avoca via the equally pretty village of Aughrim.

“There is not in this wide world a valley so sweet
As that vale in whose bosom the bright waters meet!
Oh the last rays of feeling and life must depart
Ere the bloom of that valley shall fade from my heart”